Rainfall did not exacerbate floods - flood peak in Tornionjoki at the end of the week, water levels elsewhere mostly falling (Lapland)

The flows in the Tornionjoki River have gradually risen, and the flood peak is predicted to occur towards the end of the week (11-12 June). The water will rise by about 20 cm more in Pello and Tornio. In Tornio, the water level in the Liakanjoki River is also expected to rise slightly. The flood in the Tornionjoki River will be slightly smaller than the flood of 2018, but it will be slightly larger than a normal spring flood. Extensive damage is not estimated to occur. In the Muonionjoki River, Karesuvanto, the flood peak will already occur today or tomorrow, and water has partly flooded the road between Finland and Sweden.

In the Tenojoki River, Alaköngäs, the flow rates have been high during the weekend and the flood is at its peak at the moment. Flow rates are close to record readings. The Utsjoki River flows are also higher than usual. However, flow levels are already falling, and the flood is not expected to cause extensive damage.

Water levels in the Kemijoki, Ounasjoki and Ivalojoki Rivers have started to sharply fall. The rain in the weekend slowed down the falling of the water level in Ivalo and Kittilä but it is estimated that the water levels will fall fairly quickly to summer levels.

In Lake Inarijärvi, the water level has risen dramatically as a result of melting snow and the rainfall of recent days, and the lake has already reached its summer water levels. On 8 June 2020, the water level was at level N60 +119,24 m and according to current forecasts, it will continue to rise until Midsummer. At its highest, the water level is predicted to be approximately 10 cm from the upper limit of the regulation. Due to the large spring flood, the Paatsjoki power plants have directed more water to their overflow channels than usually. Overflow at Kaitakoski, the top power plant at Paatsjoki, is already at 360 m3/s and it will be gradually increased.

Due to the flood, road 19618 Kainuunkyläntie in Ylitornio and road 19563 Semekurtan poroaitatie in Inari are still closed. There are no permanent settlements along the Semekurtta road. On road 959 Karesuvanto - the Swedish border (customs), flood water has risen onto the road. The road needed to be narrowed. However, vehicles can still pass through.

The next flood bulletin from the ELY Centre for Lapland and the Flood Centre concerning the Lapland area will be issued next week, and the situation will also be reported on e.g. Twitter. If the situation changes from the forecast, it is immediately reported. You can find the flood forecast and warnings map on the national www.ymparisto.fi/tulvatilanne (in Finnish) website. Forecasts are updated every few hours. 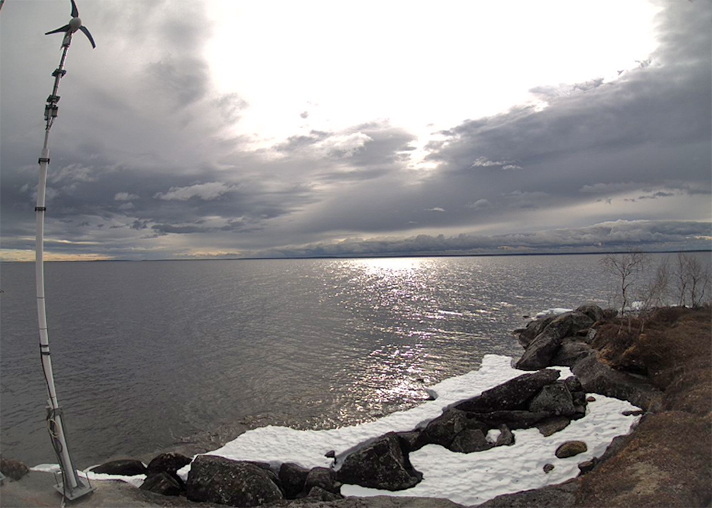