The floods in Lapland are currently not causing major issues but river flows will become gradually stronger as temperatures rise. The flows in Simojoki river are estimated to be at their highest in the last week of May but flood peaks in other parts of Lapland will likely happen in June. According to the most recent forecasts, snow seems to be melting over a fairly long period of time. However, the risk of major floods still exists.

According to new forecasts, cool weather will continue for a few more days. At the end of the week, however, temperatures will rise above zero at night in most parts of Lapland which means that the melting of snow will speed up. Some melting has already taken place especially in Southern Lapland where the amount of snow has decreased significantly. However, it is still unclear how temperatures will change and affect both the volume and timing of floods.

River flows seem to be at their highest in Ivalo, Rovaniemi and Kittilä around the same time. In these places, the flood peak is probably on the first or second week of June. Due to the large-scale northern catchment area, the flood peak for the Tornionjoki river should happen a few days later. The flows in Tenojoki river seem to be at their highest at the same time as the floods in Tornionjoki river, i.e. the second or third week of June.

According to the most recent forecasts, the melting period will be rather long which has slightly reduced the risk of major floods. If temperatures rise faster than predicted, record-breaking major floods are still possible. If heavy rain occurs at the same time as temperatures rise, the situation becomes serious in all risk areas.

In both Rovaniemi and Kittilä, the flood is expected to reach or slightly exceed the damage limit. If temperatures rise quickly, the floods in Kittilä may reach the same level as in 2005. Along the Tornionjoki River, the greatest risk of flood damage is in Pello where the flood is expected to meet the damage limit. It is possible that Ivalo will experience the largest flood of its history but flood embankments should protect against large-scale damage.

The timing and volume of floods will be known more accurately in the next few weeks as weather forecasts become more accurate. The next flood report for the Lapland region will be issued in week 22, and the situation will also be reported e.g. on Twitter. If the situation changes from the forecast, it is immediately reported. You can find the flood forecast and warnings map on the national www.ymparisto.fi website. Forecasts are updated every few hours. 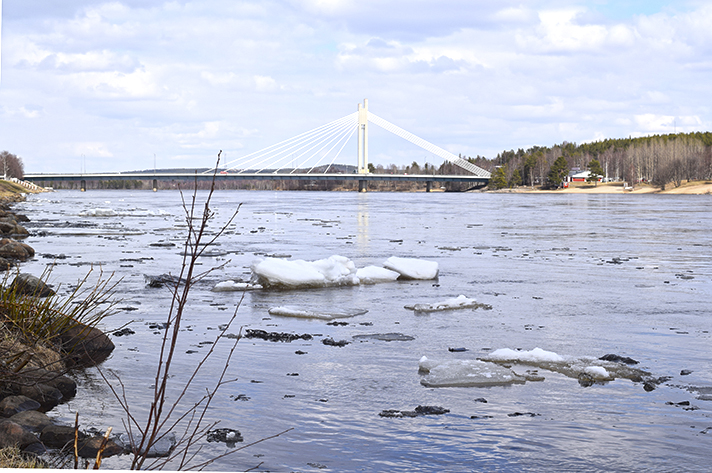